We’ve also been to the US and British Virgin Islands, Hawaii, and Vietnam together. And separately we have been to Afghanistan, Peru, Mexico, Germany, England, Canada, and Togo. (All stories for another day!) And of course there are a million more place we want to go to (all over Europe, New Zealand, Australia, Banff National Park, Glacier National Park, etc)

A fun little thing we’ve done over the years, starting in 2010, was the infamous jumping photo. I don’t remember how it came about, but we did it and thus a tradition was born. 🙂

As you will see from these photos, there are a lot of trips we have taken that I have yet to blog about, but intend to. I’ll be going back into the archives to dig up some of the pictures. In the meantime check out the fun places we’ve been.

South Dakota, 2010
Our first road trip together from Chicago to South Dakota (to the Badlands and Mount Rushmore.)

Got my cousin and some neighborhood kids to join us on this one. 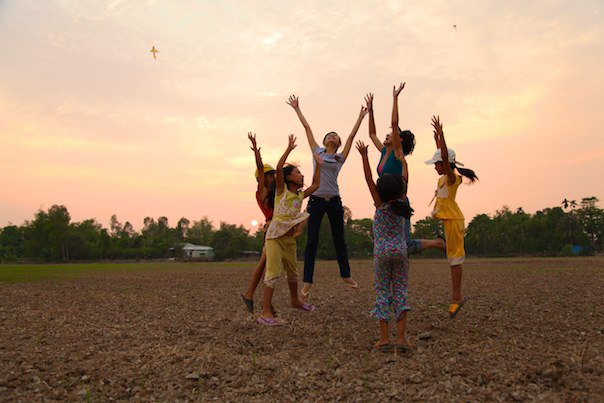 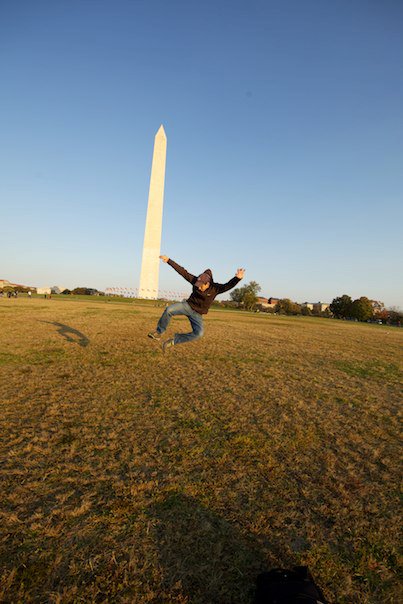 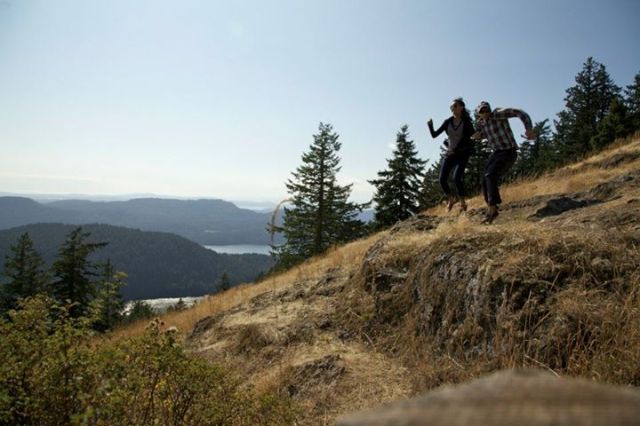 What a gorgeous park, we can’t wait to go back someday soon!

We took advantage of a beautiful sunset. 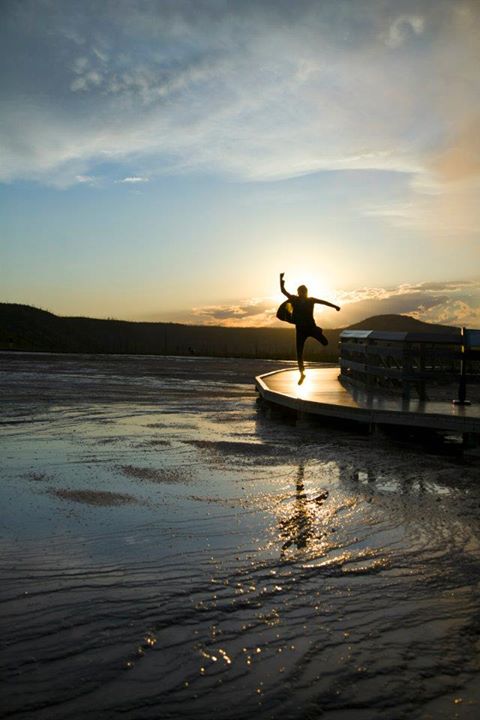 Is one of our favorite places we have ever been. 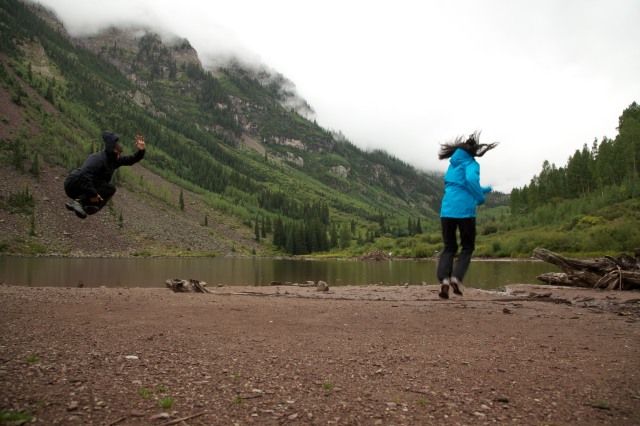 Imogen Pass off roading in Colorado – 2012

We took our beloved 4Runner off roading in the San Juan Mountains that connect Ouray and Telluride. We found a really cool old abandoned mining town. I’ll definitely have to blog about this one and show you more pictures.

Some random forest in Colorado – 2012 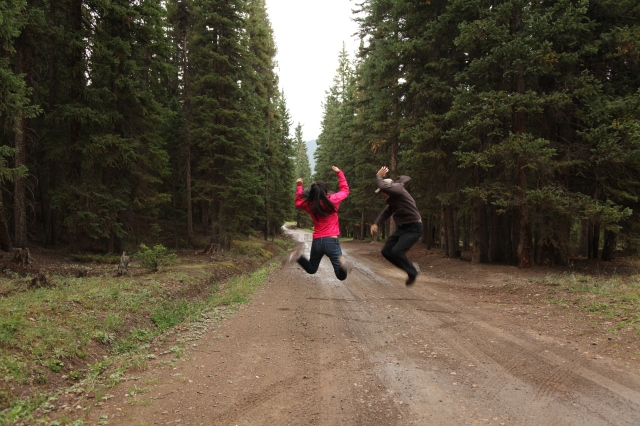 This was my first time ever in San Francisco and I fell in love with this city. The crooked street, the Bay, the Golden Gate Bridge, the trolleys etc. 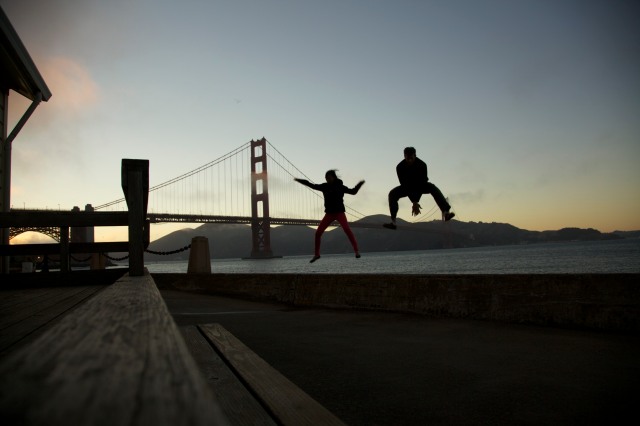 I love big, long stretches of open road. It’s also nice to get out and stretch your legs on long road trips. 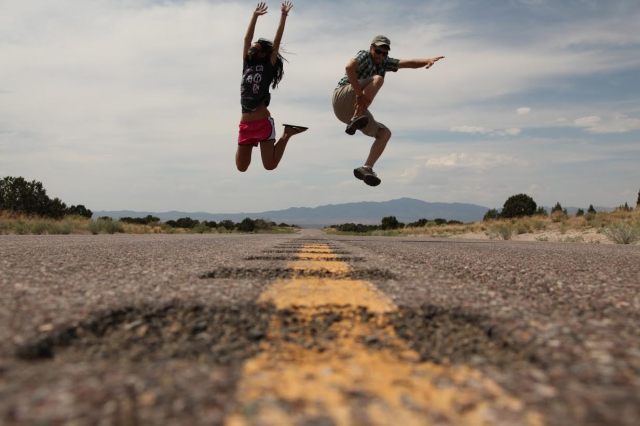 We are obviously wearing the same clothes from the last picture, this was from the same day and same road trip. And again I look like a super hero. Dave is way better at these jumping pictures than I am. 🙂 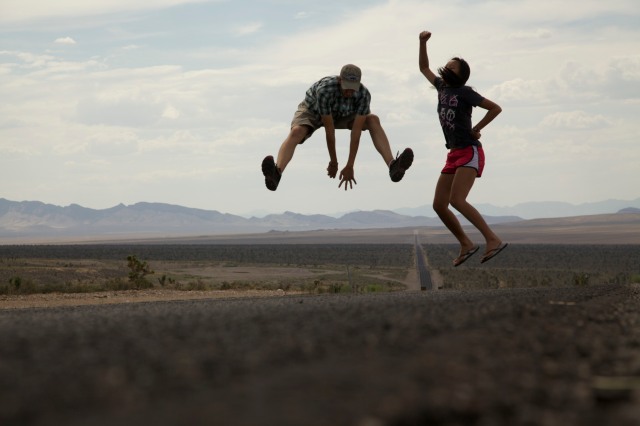 Took a road trip with Dave’s parents from San Francisco to LA.

We went camping with a group of friends and Moro Rock was definitely the highlight of the trip. 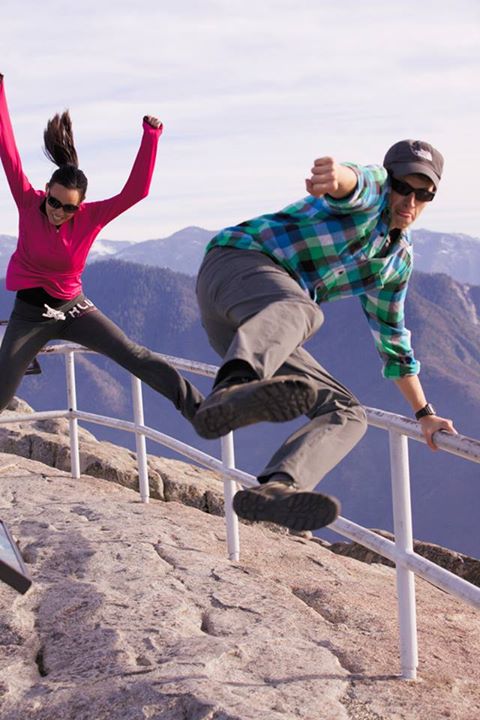 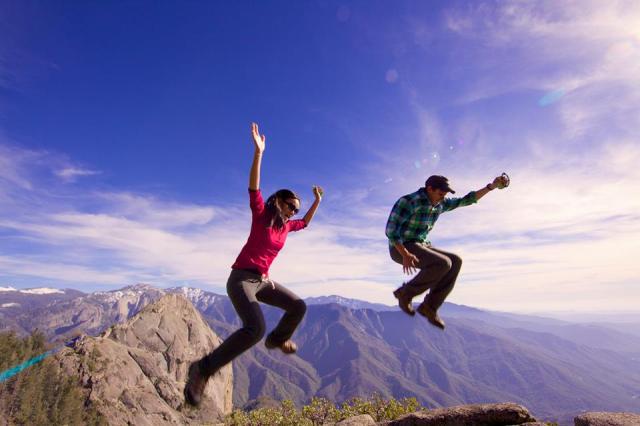 After hiking the Narrows in Zion National Park with two of our friends from Chicago, we road tripped back to LA and stopped here. Dave just edited the pictures from our hike in Zion and it will be up shortly! It’s an amazing hike that I highly recommend.

It was really beautiful to come back here in the winter. We went cross country skiing for the first time here. A place near and dear to our hearts.

Went to Vegas twice in one month. Our first trip we visited the Neon Museum which was awesome! Not all our jumping pictures are successful 🙂

For our second trip, Dave was out of town working. I went with my brother and family from Minnesota and my cousin is here jumping with me.

We’ve gone on a few trips this year, we drove to LA to Seattle in March, we drove to Vegas for a weekend in April, went home to Chicago in May, and went to a wedding in New York in May. But I guess we haven’t taken any jumping pictures together this year yet (unless I’m forgetting any.) But we are going camping in July, as well as two more trips home in July and October. We are also planning a move to Seattle in the fall.

So hopefully we will add another jumping picture or two to our collection this year. 🙂

What fun traditions do you all do when traveling?